It is possible to make such a comparison for the reason that some kind of confrontation between the shooters took place during the Hundred Years War (1337 – 1453). When, after a devastating defeat at the Battle of Crecy (1346), the French military command was looking for ways to counteract the effective shelling of the English (Welsh) shooters with long (large) bows.

As for the battle at Crescy itself, at its very beginning a skirmish began between the archers of Edward III and the French hired by the Genoese crossbowmen. The latter immediately rushed to run, barely shooting several times. Why did they flinch? – because they realized the meaninglessness of such a shootout in the open field. Here the errors of the French command played an important role, which, in a hurry, did not wait for the train being pulled behind. As a result, the large shields-Pavese’s, which the Genoese used as cover for reloading the crossbow, remained in the wagon train. There is another version that the crossbows got wet bowstring, which, due to their indiscretion, they forgot to protect from moisture. But experienced Genoese could not allow such a stupid oversight.

The absence of shields exposes one of the weaknesses of the crossbow – a long cooldown compared to a long bow. While the arbalester reloaded the weapon, the English shooter could hit his mortal body with about 5 arrows. Moreover, crossbows of that time were far from perfect, and the long bow exceeded the crossbow in firing range.

Later, crossbows will be equipped with steel bows, which will greatly increase the range of this weapon. In addition to Corsica, the battles at Poitiers (1356), Navarrete (1367), Agincourt (1415), as well as the naval battle at Sluice (1340), became the bright triumphs of the English archers during the Hundred Years War. In the conditions of open field battles, the bow was more convenient in aiming and shooting at a single enemy.

Almost from early childhood, the English learned to shoot from a bow, during the Hundred Years War, the tradition of owning a long bow. Shooting ranges were organized throughout England to train the young shooters. Possession of a large bow required lengthy physical training, some parts of the body (spine, wrist, fingers, left shoulder) were subjected to heavy stress. You need to understand that a definite answer to the question “what is more effective”. However, in the Hundred Years War, a long bow rather won, although in the final analysis the French won the victory in a series of conflicts .

England’s longbow, which was active in the 13th century, has a length of 4 feet or more (about 120 cm), 6 feet (about 183 cm) inside, and an effective flight distance of 300 yards (about 274 m), which is a very distant target. I was able to shoot. However, no one was able to control the long bow, and it required skill to shoot the target.

What is the Crossbow

On the other hand, the crossbow that was active in the 11th century has a short effective flight distance of 60 yards (about 55 meters). If you set the bow and arrow and unlock it, the force of the spring will cause the arrow to fly, so no one skilled in the art is required and relatively anyone can shoot the arrow. 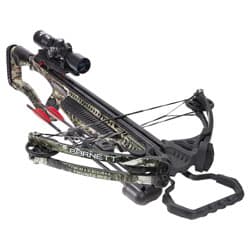 The bow could penetrate knightly armor only into vulnerable places, but nothing prevented archers from depriving the knights of their mobility, killing a horse under the rider. Crossbows, especially with steel bow, had much greater penetrating power. Huge siege crossbows were especially powerful. By the way, they were used everywhere during the storming and defense of castles.

Combining the high penetration capabilities of the crossbow with its excellent accuracy, we get an excellent weapon for firing from closed positions. A great advantage of crossbows is the fact that long-term training is not required for effective firing of these weapons, which cannot be said for long bows.

What is the Longbow

The English bow Longbow was one of the largest in history, its length ranged from 120 to 150 cm, depending on the height of the archer and his shooting technique. It is Longbow that is the main “progenitor” of modern direct bows, so most modern designs have the word Longbow (long bow) in their name. 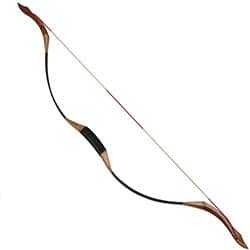 The modern Longbow is made from solid wood or glued layers of wood. As a rule, it can have a primitive handle in the form of a rope winding or thickening, the bow is not equipped with either a shelf or a sight. An archer puts an arrow on his left hand, protected by a glove from a cut by the plumage of an arrow, and aims intuitively. Despite the primitive design, bows of this type do not differ in cheapness: they are usually piece products made manually from specially selected and processed according to special recipes varieties of wood.

There is a video comparing the power of Longbow and Crossbow. Longbows have the power to easily punch out the chainmail that was worn by medieval warriors. However, the shiny plate armor (armor made of iron plate) bounced back even though it had holes. On the other hand, the crossbow did not penetrate the plate armor, but it did not bounce off the armor and pierced.

There was also such a comparative experiment. Comparison with longbow, crossbow, and gun. At short distances of 20 yards and 40 yards, neither longbows nor crossbows can shoot through armor, but you can aim at parts not hidden by armor.

However, at a distance of 60 yards, the crossbow does not reach the distance enough and becomes weak, and the longbow does not hit.

Express the power with a numerical value

The crossbow is very strong in tension, but the stroke is longer in the long bow. Therefore, the power (energy) of the arrow does not change much. Looking at these, there seems to be no significant difference in performance between the longbow and crossbow.

Compare the number of shots

Besides, the characteristic of the long bow is that it can shoot a very long distance. Even if you don’t shoot through, a large number of people can hit distant enemies if you hit them all at once like rain.

In other words, for the army of crossbow, arranged Zaratite a soldier with a longbow, if Hamate the endlessly without arrow as Raining toward the enemy away in the distance, then was able to defeat without repel the enemy It is thought that there is

So we understand the difference between these crossbow vs longbow.  So you have to use bow according to the type of work. Each bow is good for its own work.